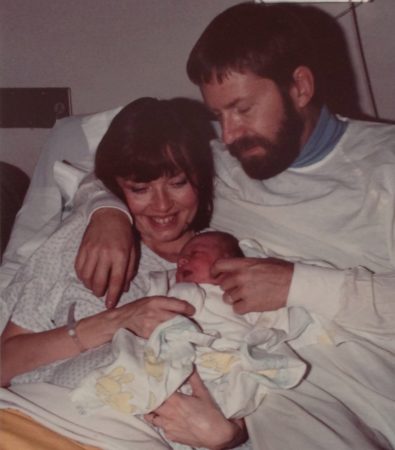 My daughter is about to have her second child and sad to say, her parental leave benefits aren’t much better than what I had when she was born back in the 80s. The policy where I worked was eight weeks leave. I wouldn’t get paid but could use any earned vacation and sick days that were still available. I’d read that it takes at least that long for your body to get back to some semblance of normalcy after giving birth. I decided I wanted that time to heal and a little more to simply enjoy being with my baby daughter before going back to work. It took a lengthy discussion with the HR director (a woman) and a note from my doctor to finally get approval for a three-month leave. It was worth every penny I didn’t earn. My daughter’s benefits are exactly the same as mine were. Imagine. No progress in 30+ years, except she wasn’t required to get a note from her doctor!

The 1993 Federal Family and Medical Leave Act (FMLA) entitles my daughter and other qualified employees up to 12 weeks of unpaid leave per year for the birth or adoption of a child. The law does not provide for paid leave, but it requires companies to continue their share of health and dental premiums.

The United States is one of the few countries worldwide that does not offer paid maternal leave. Seems to me it would be a healthy thing to do for families and that’s what a Portland, Maine law firm recently concluded, as well. This past spring, the Board of Directors at Bernstein Shur voted unanimously to expand the firm’s parental leave policy and provide 16-weeks paid (that’s right, paid) leave to all new parents. 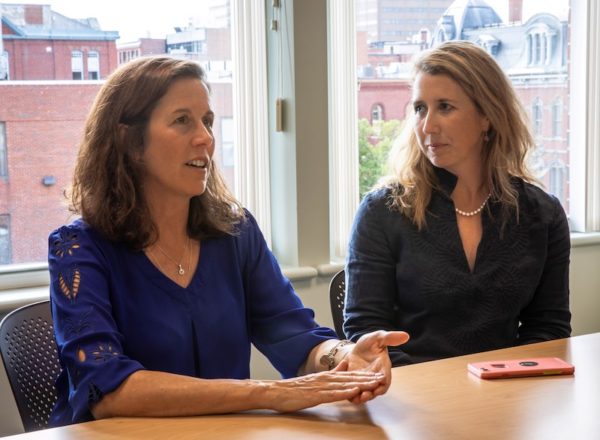 Joan Fortin is Director of Attorney Recruiting and Kevan Deckelmann is an attorney. Both are board members. For the 20+ years that Joan has been with the firm, she says there has been a parental leave policy. In 2010 it was revised to include adoption, foster care, and same-sex couples and in 2018, the board decided it was time for a revisit. As one of the first steps, Joan and Kevan surveyed associates and junior shareholders who were either recent or potential parents to see what benefits would be most helpful to them.

When it came time for board members to cast their votes, the survey results played a critical role. For one thing, the old policy had a primary-secondary distinction that, while it wasn’t actually stated, came with the assumption that the female/mother should get more time off. The distinction no longer exists. “In the new policy, it isn’t just removing the gender stereotype,” said Kevan, “it’s also acknowledging that the vast majority of our employees are in dual-income households and how they choose to balance work time and family time is up to them. It’s a recognition that it’s a team effort.”

Kevan and Joan were taken aback by the level of passion behind removing the primary-secondary distinction. “If I was surprised about anything,” said Joan, “it was how many very strong comments we got from men about how much they wanted to get rid of this distinction. It was because they considered themselves an equal partner in child-rearing and caring for a new baby. They felt that it was outdated to exclude them and assume they weren’t playing an equal role at home.”

Another change is that the new policy covers all full-time employees, associates, and shareholders. “That’s a huge change,” said Kevan. “We used to have very different policies for attorneys and staff.

Not only does Bernstein Shur now provide 16 weeks to all attorneys and full-time staff it went a step further and does not dictate how the weeks have to be used. Kevan described how much easier it might have been to split her 16 weeks when she and her husband adopted their second child. At the time, she was a partner and also on the board, so had more responsibilities than with her first child. “It would have been hugely beneficial if I could have taken six full weeks and then come back for two and a half, three days for another 12 weeks,” she said.

“What I’ve seen over time,” said Joan, “is what Kevan is describing. “When the person on leave is a shareholder, they may end up working through their leave and that feels awful. We’re not telling them they have to work, but they’re feeling the client demands. The other thing I see is people are just plain gone and then they go from being with this new baby all day to suddenly trying to work full time. That can be a really hard transition. Either way, you have people feeling terrible so this is a way to help support that transition and make it smoother.”

So, why should other employers consider expanding their parental leave benefits (or in some cases, to develop a policy in the first place)? From Kevan, here’s the rationale for a firm like Bernstein Shur.

We are a regional firm but we compete with law firms all over the country. One thing we can offer is the attraction of Maine. We can’t compete with salaries that are being offered in big law but we do need to be able to compete with leave policies that are being offered. We also need to back up what we say we are. We say we are a progressive firm that pays attention to work-life balance and we can offer you this amazing environment here in Maine. We need the policies that back that up.

As for all businesses, Joan said there’s plenty of evidence that successful companies that retain their employees have more engaged employees.

It’s good for their bottom line in terms of employee engagement and retention and it is the right thing to do. Think about what keeps people highly engaged and loyal and employed as opposed to moving on. Giving someone the opportunity to invest in their family at the critical points in their lives — there’s nothing that makes someone more validated, more loyal.

Speaking of the bottom line, Kevan and Joan agreed that it’s important for companies to run the numbers. They may be surprised by what they find.

The numbers may not be as frightening as people anticipate they would be. There’s a cost. It was a significant cost and our board bought into that, but it wasn’t as high as people might assume. We not only ran the numbers to see how the change would impact the firm, we also looked at non-economic factors, such as loyalty and fairness.

And now that all is said and done, Bernstein and Shur has a family leave policy that it believes is one of the most progressive in the state, if not the country.