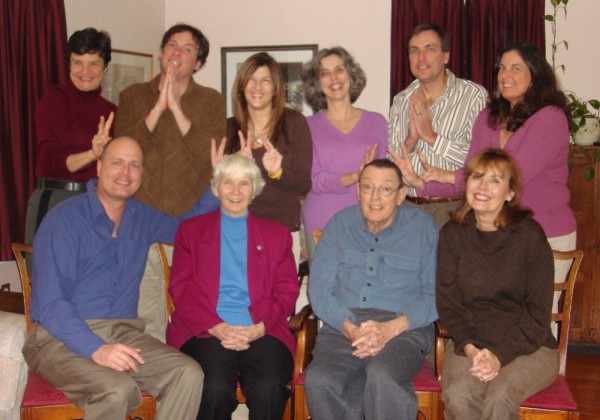 December first is my father’s birthday. He would have been 88 years old.

December 10 will mark the sixth anniversary of his death. Army Lt. Col. Robert Alphonso Swett, Jr. Yes, I am a proud daughter and yes, I miss him terribly. But, I am not here to recount the significant accomplishments he achieved during his 82 years on this earth. Instead, I want to share some moments from the last weeks of his life.

For many years, my dad suffered from multiple heath problems. His nemesis was chronic pain. Nerve pain that nothing touched. Even when he smiled, which he did easily and often, you could see the pain in his eyes or in the way he tucked his thumb in between his index and middle fingers. You could hear it when he hummed to himself as a form of meditation or when he cried out in the middle of the night.

He was frequently in the hospital and made the rounds of several rehab facilities. He fell and had a brain hemorrhage. We were certain he wouldn’t survive. He was diagnosed with lung cancer. We were certain he wouldn’t survive. Time passed and we began to believe that his spirit and will to live were so strong he could combat anything that came his way.

It eventually reached the point that even with a strong support system, he needed so much care and was in so much pain we didn’t know where to turn. We decided to contact Hospice of Southern Maine. A nurse came to my parent’s house the same day and after her evaluation recommended that he go immediately to the Gosnell Memorial Hospice House in Scarborough. “To die?” we all asked without speaking the words aloud.

The nurse said she thought the hospice team would be able to get his pain under control and that it was possible he could come back home again. She said we could stay with him in his room. My youngest sister Becky promised him that’s what she would do and so, he agreed.

We got Dad into my car and I drove him to the Gosnell House, where we were met by, I swear, a band of angels. They swooped out of the front door, helped me get him into a wheelchair, and escorted us to his room.

Becky kept her promise. One night, when the two of us were curled up together on the daybed, our dad called out for help. The nurse appeared in an instant and told us to go back to sleep, that she was there not only to take care of him but to watch over us as well.

The doctor talked with Dad every day. He actually sat down and talked, and answered all our questions. He was candid and honest. The social worker was also a regular visitor. He drew my father out, getting him to talk about things we never thought he’d touch, especially in our presence. About a week after my father was admitted, his pain was under control and he was able to go home for Thanksgiving.

Unfortunately, he fell and broke his rib and was in more pain than ever before. Hoping to once again get it under control, he was readmitted to Gosnell House. But this time, he would not go home again. His condition slowly deteriorated. The doctor and nurses lovingly explained to us what was happening, how they knew that his body was shutting down. I confess they had to explain it several times because we were so used to his bouncing back we couldn’t grasp that he was dying.

When we weren’t in his room, you might find us at any time of day or night, often in our pajamas, eating a snack in the dining room, stretched out on the couch in front of the living room fireplace, trying to concentrate on a puzzle in the library, sitting quietly in the sanctuary, or talking with other families that had also made Gosnell their temporary home.

A few days before he died, my father told the doctor, “I will always treasure my moments here.” So will his family. Everyone treated our father with great care and dignity. They made sure we understood what was happening every step of the way, which helped us keep all our brothers and sisters informed.

We are a large family — there are eight of us — half of whom live out of state. The night before Dad died, my mother and seven of us slept together in his room. Some piled up on the daybed, a couple on inflatable mattresses, my mother stretched out in a recliner on one side of the bed and my sister and I shared the recliner on the opposite side. I’m sure we were quite a sight! Just before dawn, my mother, who has early dementia and was somewhat bewildered by all that was happening, shuffled around the room and adjusted the blankets around each one of us of kids. It was a heartbreaking gesture of tenderness.

As the sun began to stream through the windows, I bent down beside Dad, who seemed to be in a deep sleep, and told him that everyone was with him except my brother Bruce, whose plane would land at noon. “That’s just six hours away,” I told him. “Just six hours.” My father died about an hour after Bruce arrived, with all of us at his side.

I’ve heard stories about people who waited until their loved ones left the room before they drew their last breath. My father waited until he was surrounded by his wife and all his children. What a profound exchange of love that each of us was able to give and receive.

Those last days would never have unfolded as remarkably as they did if not for all those angels we encountered at the Gosnell House. Bless them.